Pre-emptive and preventive NSAIDs for postoperative pain in adults undergoing all types of surgery. 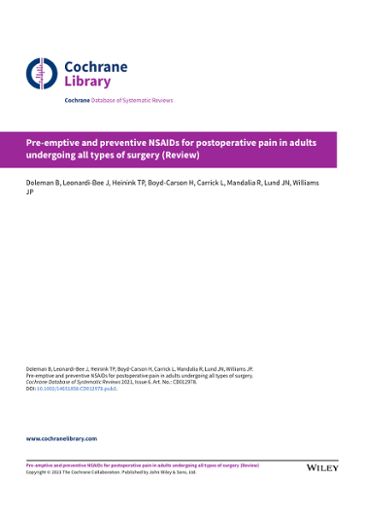